Accept you the Hague, I will accept you 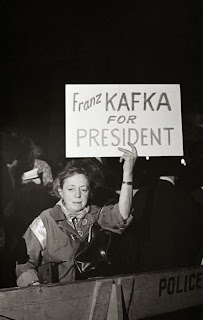 Anything is better than prison,
says Finnish Greenpeace activist Sini Saarela.
Anything is better than live in the prison-state, I think, as Franz Kafka's world.
Speaking as the last of the jailed 30 Greenpeace protesters is released on bail, Finnish activist Sini Saarela tells that she's not given up hope of being home for Christmas.
Wow!
You do not have to be in any criminal state in the world.
Go back home by any means necessary.
The group had been detained since September for their role in a protest against oil drilling in the Russian arctic. 28.11.