About science: Duons - the secret life of Codons 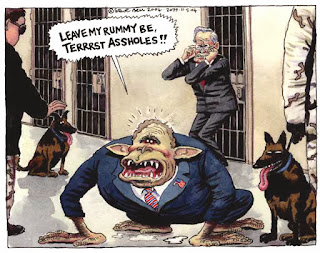 Perhaps one day we find  yet `neocons´ from someway there.
:D
Seriously, I would like to know what makes human mentally to  retarded in development.

Since the genetic code was deciphered in the 1960s, researchers thought (in the scientific materialism) that the DNA code was used exclusively to write information about proteins. The genetic code, which uses a 64-letter alphabet, was called codons.
According Science science-journal Dr. John Stamatoyannopoulos’s team has discovered nöw that about 15% of those codons have in fact two functions and called them `dual-use codons´ or just `duons´.
About the significance of the discovery of the second DNA code, or `duons´ Dr. John Stamatoyannopoulos commented that


the finding could have a significant impact on how scientists and doctors interpret a patient's genetic code and lead to new ways to diagnose and treat health problems.

The discovery of the second DNA code, or better second-function DNA code called `duons´, is stunning scientists not only because they have missed it so far but also because `duons´ instruct cells on how genes are controlled.
About 15% of human codons are dual-use codons (‘duons’) that simultaneously specify both amino acids and TF recognition sites.


Now we know that this basic assumption about reading the human genome missed half of the picture,

said Dr. John Stamatoyannopoulos.
UW scientists were stunned to discover that genomes use the genetic code to write two separate languages.
One describes how proteins are made, and the other instructs the cell on how genes are controlled. One language is written on top of the other, which is why the second language remained hidden for so long.
Having discovered the second DNA code, or `duons´, opens a new door for science-faith to look at how genes are controlled. In regard to health and diseases, this is a ground-breaking discovery that can lead to new ways to treat patients.