Xenophobia is the irrational or unreasoned fear 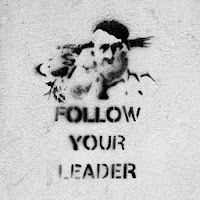 According to Reuters europhobics Geert Wilders of the Netherlands and Marine Le Pen of France are calling for like-minded xenophobic parties across Europe to create a new political group within the European Parliament after 2014 assembly elections.
Also we have it our one.

Le Pen described the EU as a


powerful system which has thrown our peoples into slavery,

and argued that parties such as her anti-immigrant National Front were no longer being viewed as pariahs by voters?
And, if I heard,  they will "liberate Europe from the monster .." of themselves, far-right leaders.
Please, Do it.