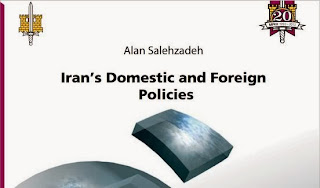 Do you know, that environment which is nowadays known as Iran was part of the Persian Empire until 1935, when the Empire collapsed and was divided into several different countries.
For many years after the Persian Empire collapsed Iran was a
secular country, where women dressed as they pleased and both genders mingled freely.
Things changed when the Westminded Shah was overthrown and forced into exile in 1979. (As early as 900 - and 1000's there where we know now Iran and Iraq, was the world's first regional general literacy).
The Shah was an autocrat, and ruled the country by himself. He maintained good relations with the West, especially with the
United States. That is why he was accused of placing Western needs prior to those of his own people, write researcher Alan Salehzadeh.
I was wery young, but I remember, I hated The Shah and his family. Every of us, we hated him,

Our National Defence College han removed the research Ira n’s Domestic and Foreign Policies, by Alan Salehzadeh, from their web pages after some diplomatic protest.
It is true that some of the research's view is out of date even in the during of this work, but censorship is not part of academic life in Finland.