Those who won't come out here - no suprise 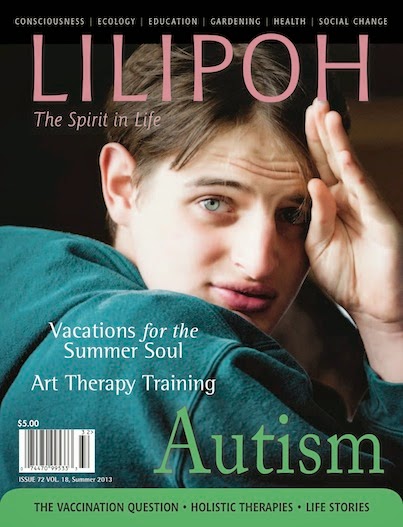 According to New York Post US government’s estimate of autism has moved up again to 1 in 68 U.S. children, a 30 percent increase in two years.
But The cause or causes of autism are still not known. Without any blood test or other medical tests for autism, diagnosis is not an exact science. It’s identified by making judgments about a child’s behavior.

But health officials say the new number may not mean autism is more common.
(?)
Much of the increase is believed to be from a cultural and medical shift, with doctors diagnosing autism more frequently, especially in children with milder problems.


We can’t dismiss the numbers. But we can’t interpret it to mean more people are getting the disorder,

said Marisela Huerta, a psychologist at the New York-Presbyterian Center for Autism and the Developing Brain in suburban White Plains, N.Y.
The Centers for Disease Control and Prevention released the latest estimate Thursday. The Atlanta-based agency said its calculation means autism affects roughly 1.2 million Americans under 21. Two years ago, the CDC put the estimate at 1 in 88 children, or about 1 million.
Thursday’s report is considered the most comprehensive on the frequency of autism. Researchers gathered data in 2010 from areas in 11 states — Alabama, Arizona, Arkansas, Colorado, Georgia, Maryland, Missouri, New Jersey, North Carolina, Utah and Wisconsin.
The report focused on 8-year-olds because most autism is diagnosed by that age. The researchers checked health and school records to see which children met the criteria for autism, even if they hadn’t been formally diagnosed. Then, the researchers calculated how common autism was in each place and overall.
The CDC started using this method in 2007 when it came up with an estimate of 1 in 150 children. Two years later, it went to 1 in 110. In 2012, it went to 1 in 88.
What does all this have to do with pedagogy?
Much, very much.
Historically, according to the American Psychological Association, the term autism was first coined by Swiss psychiatrist, Paul Eugen Bleuler in 1908.
He used it to describe a schizophrenic patient who had withdrawn into his own world. The root of the word autism is from the Greek `autos´ which means `self.´ Combine that with the Greek suffix `ismos´ which means `action or state of being,´ and you get an original root meaning that roughly translates to a state of being absorbed by one's self or withdrawn within oneself. This makes sense today because people with autism often seem to be lost in themselves.
From the 1960s through the 1970s, research into treatments for autism focused on medications such as LSD, electric shock, and behavioral change techniques. The latter relied on pain and punishment. The exception to this was only the care-pedagogy, which was developed on the basis of Rudolf Steiner.

There may be others who lead not only normal, but incredible lives, having so much to offer the world in the way of creativity and knowledge, as they share their gifts and passions, making the world a better place for all of us. We just have to be “open” to them, and to give them the opportunity without our traditional “limiting” boundaries.
In 1917 Rudolf Steiner (1861–1925) completed thirty years of research on the threefold nature of the human being. These findings became the basis for his later work in education, medicine, social science, and the arts and sciences. His written and published works total more than thirty volumes and some 6,000 lectures, many published in book form.
Steiner said that younger children learn primarily through imitation, that watching and working with a teacher facilitates developing appropriate skills. An autistic child does not work that way.
Things generally improve as children with autism get older, yet nearly seven years after high school, 35 percent of autistic young adults still had no paid employment or education beyond high school. The statistics are dramatic: within a decade or so, more than 500,000 children diagnosed with autism will enter adulthood.
Some of them will have the less severe variants like Asperger’s syndrome or “high-functioning autism” and may be able to live more independent and fulfilling lives. But even this subgroup will require some support, and the needs of those with lower-functioning varieties of autism will be profound and constant as some will forever live in a supported environment, whether at home or in a group home, and `will never hold a job´. .... because they do not see any sense in this our world. It is ill. That's why they won't come out here.