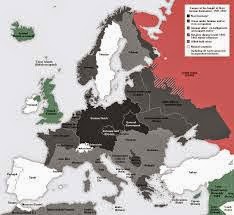 One has a leader with a swastika tattoo,
one other wants to rid his entire country of Muslims,
another has a founder who suggested releasing the Ebola virus on migrants.
This is our time. The class of 2014 in EU, exakt the parties set to enter the European Parliament as part of the Union's most eurosceptic, far right, anti-immigrant intake of all time.
According to Huffington Post Finland's anti-euro populist party has done less well than predicted, but still picked up two MEPs.
Previously known as the 'True Finns' . Its MP James Hirvisaari was fined in 2011 for comments he made on his blog about Muslims, another declined an invite to the Independence Day ball because he did not want to see same-sex couples, but the party has repeatedly rejected accusations of racism and homophobia. It is true.
And it is true that in Finland people like to underplay the far-right threat. Men there behind are lots of historical reasons - we were the only democracy in the world, who voluntarily went to the Nazi ally.
These things are still partly untouched - too bad, too hot to handle.