The bodily-map can paint emotions

Here comes the new method, computer-aided monitoring the topography which will work by emotion-triggered bodily sensations. It brings forth a unique tool for emotion research and could even provide a biomarker for emotional disorders. So it makes like simulation pictures about human astral bodies, sure.

Even though we are often consciously aware of our current emotional state, such as anger or happiness, the mechanisms giving rise to these subjective sensations have remained unresolved (in the paradigm of conventional science).
Emotions coordinate our behavior and physiological states during survival-salient events and pleasurable interactions.

says Nummenmaa.
If I can say, he is a measurement genius.
According to article of PNAS.org subjects were asked to color the bodily regions whose activity they felt increasing or decreasing while viewing each stimulus. Different emotions were consistently associated with statistically separable bodily sensation maps across experiments.
Read more. 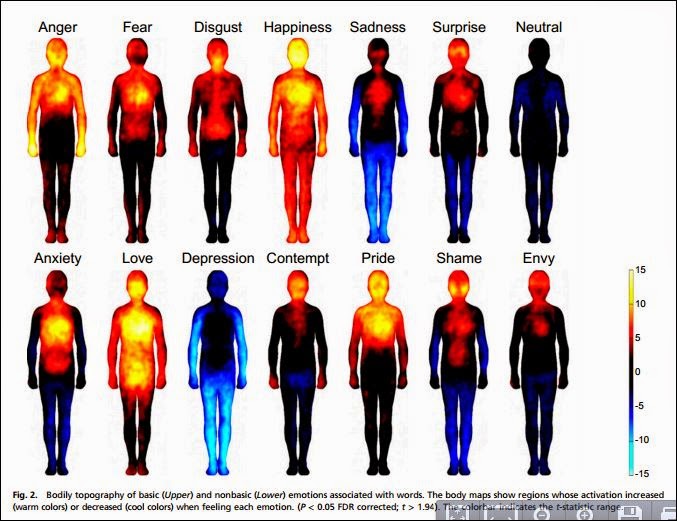