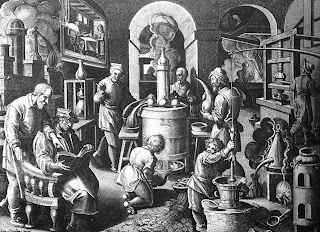 One of  the all hardest drug alcohol, its consumption continues to fall in Finland, even though we have a state monopoly that favors the alcohol.
The latest THL Yearbook of Alcohol and Drug Statistics shows that total consumption of alcoholic beverages in Finland amounted to 9.6 litres of pure alcohol per capita in 2012, a decrease of 5% on 2011.
The National Institute for Health and Welfare (this THL) says that in 2011, the direct costs of alcohol abuse to Finnish society were estimated at approximately 1 billion euros. State revenue from the excise duty on alcoholic beverages in 2012 totalled 1.38 billion euros.
All of the money goes back to disadvantages in terms of treatment, and does not enough on its own.
But this all kind of transactions improvement in the gross national income, makes it numeral increasing, which is the dogma of old-fashioned economic thinking, like some holy instrument to them.

So it goes: the latest figures from the National Institute for Health and Welfare THL show a decline in alcohol consumption but more an associated fall in the negative health impacts of drinking. .
The number of alcohol-related inpatient care periods also dropped by a corresponding 5%. The number of care days due to different kinds of alcohol-related withdrawal symptoms has especially shown a decline over the past few years.
Surveys show that 23% of men of working age and 7% of women engaged in binge drinking at least once a week. It's too much.
No significant changes have taken place in the use of alcohol among men and women of working age, however then last but not least, alcohol use among young people has decreased steadily during the 2000s and the proportion of young people who abstain from alcohol has increased in recent years.
The lowest level of alcohol sales was recorded in the Åland Islands and the highest in Lapland, where nearly 11 litres of pure alcohol per capita were sold in 2012. (and in north they also boil the liquor by itself).

by the way. officials attribute those higher levels in part to sales in Lapland's border regions with Sweden and Norway, where travellers stock up on alcoholic drink which is less expensive than in those two countries.