The unspeakable evil of Nazism 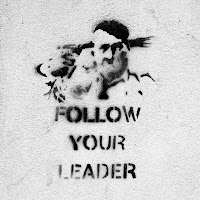 Here comes one letter to Wolf Blitzer, German-born American journalist and television news anchor at CNN. It says the following:


Wolf,
just watched your interview with Senator Blumenthal when you mentioned that you lost all four of your grandparents to the unspeakable evil of Nazism. I just want to extend my sympathies not only for their deaths but also to you and your family--and countless others--for the pain inflicted today by the despicable words of Donald Trump. Mr. Trump's words, and the beliefs they reflect, are a national disgrace, and all Americans of conscience need to repudiate his ugly and dangerous comments. If allowed to continue along this senseless path, Mr. Trump will do lasting harm to American society and to our standing in the world. By his words and his actions, Mr. Trump is putting our national security and our collective futures at grave risk.
John Brennan

John Brennan, the ex-director of the CIA.
This former CIA director Brennan slammed President Donald Trump's dangerous and ugly comments on the deadly violence at a white supremacist rally in Charlottesville, Virginia. He wrote a personal letter to CNN's Wolf Blitzer after The Situation Room anchor spoke publicly about the fact that he lost all four grandparents to the evils of Nazism.

by the way.
Finland was the only democracy in the world, who voluntarily went to a Nazi's comrades in arms.

Even in Finnish history, Nazis are just "Germans".
And we have a lot of publicly exposed photographs in which our war-time state leaders stand there smile on their face with Nazi criminals.