"my golden years" by pH 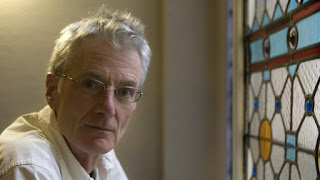 Give us some insight into the well of inspiration driving all of your activity?


I think it’s possibly to do with finding myself in my golden years. I’m also involved in two different halves of a career. One is the solo work and the other being Van Der Graaf Generator trio work. Together, the activity has reinvigorated me. Going from one thing to another is an energizing thing.

I too, I' ve writtin songs to finding myself -  also in my previous lives.

If you describe the creative process behind Consequences?


Every time I do a record, I try to do something different. That might seem a bit absurd after a 46-year career.


You might think a record is a routine effort, but it isn’t for me. For instance, the minute I sit down to record a rough piano part, that part might still be there on the final effort.


I’ve never gone into making a record or writing a body of work thinking “These are the things I want to say.”


I discover the things I want to say the minute they’re coming out of my mouth. That’s when I discover the stories and areas of human interaction that interest me at any given time. In this particular period, I think the writing had an even more unified aspect to it. The album (Consequences, 2012) includes a few slightly bizarre, stalker-oriented stories which took me by surprise. I hasten to say I have not been subject to stalking in the last year or so, nor has anyone I know personally, but it is an aspect of modern life people have to deal with.

stalker-oriented stories are the best.


How long the time seems, how dark the shadow
How straight the eagle flies, how straight towards his arrow
How long the night is – why is this passage so narrow?
How strange my body feels, impaled upon the arrow


Peter Joseph Andrew Hammill (born 5 November 1948) is an English singer-songwriter. He is a founder member of the progressive rock band Van der Graaf Generator. Best known as a singer&songwriter, he  plays piano (and also little guitar). He acts as a record producer for his own recordings and occasionally for other artists.