things got from the past to here and now 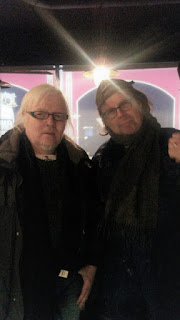 We told each other that we were the wildest, the wildest things we'd ever seen.
Now I wished you would have told me I wished I could have talked to you. and I met you again, my old friend Wili. we were talked of life, and we sang some most loved songs.
perhaps someday he will come back to my band, and to be there band's keyboardist.

intent on destroying the democratic process in a interview with Channel 4 News.


The ideas he's moving to the mainstream are all very dangerous ideas – white nationalism and the alt-right movement. The outrageous things that he's done – not immediately disavowing David Duke? These are things that are obviously beyond the pale for any previous political candidate. It would sink your candidacy immediately.

An asshole he is.