You are not to same now and tomorrow 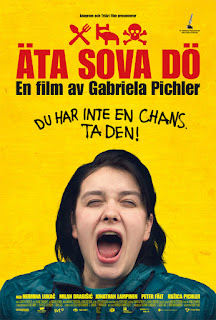 Longest ever personality study finds no correlation between measures taken at age 14 and age 77.  I think, there will be som correlation.
According to the new study measures personality in the same people in adolescence and old age with some surprising results.
The longer the interval between two assessments of personality, the weaker the relationship between the two tends to be.


Our results suggest that, when the interval is increased to as much as 63 years, there is hardly any relationship at all,

say dr Matthew Harris at the University of Edinburgh .
Yet that’s not what a recent open-access study in Psychology and Aging (link to DailyMail) has found: the first – to the authors’ knowledge – to measure personality in the same people in their adolescence and then again in old age.
That’s the headline result, while the fact that personality theory has changed a lot over the decades. Today, there’s a near-consensus that personality is best conceptualised as being made up of five main traits  - including Extraversion, Neuroticism etc -  but that wasn’t the case back in 1950, which is part of the reason for the rather superficial and incomplete assessment of personality. It’s possible that if the participants had been assessed on a comprehensive, modern personality scale at age 14 and again at age 77, that we would see at least some correlation in scores. There were no positive correlations strong enough to achieve significance between adolescent and older-age characteristic ratings or dependability,' the Harris' team concluded in their paper, published in Psychology and Aging.
Also one kind of narrative empirical part has known this theme.
I have found couple of sentences about this process:


I listened, in my youth, to conversations between grown-up people through which there breathed a tone of sorrowful regret which oppressed the heart. The speakers looked back at the idealism and capacity for enthusiasm of their youth as something precious to which they ought to have held fast, and yet at the same time they regarded it as almost a law of nature that no one should be able to do so. This woke in me a dread of having ever, even once, to look back on my own past with such a feeling; I resolved never to let myself become subject to this tragic domination of mere reason, and what I thus vowed in almost boyish defiance I have tried to carry out.

Memoirs of Childhood and Youth, p. 97 ff. by Albert Schweitzer.